What is SHA2 and What Are SHA 2 SSL Certificates? 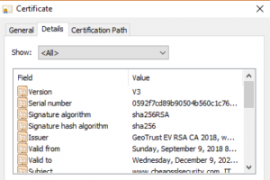 So, if you purchase any certificate from Comodo, DigiCert, Thawte, or any other Certificate Authority, expect it to come with SHA-2, and not SHA-1.
Tech giants including Microsoft, Google, and Mozilla are all aboard with SHA-2. In fact, all sites with SHA-1 Certificates have been receiving warnings on Chrome calling for an upgrade to SHA-2. 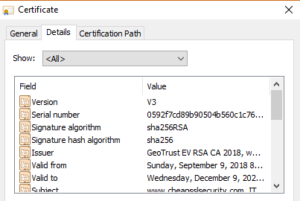 From the image above, this site uses SHA-256, which is the most popular hash function. It is usually referred to as SHA-2 since people tend to focus more on the bit length; SHA-1 is a 160-bit hash, while SHA-2 is a 256-bit hash.

With the basics out of the way, let’s understand the importance of transitioning from SHA-1 to SHA-2.

Why Upgrade to SHA-2?

In 2011 the CA/Browser Forum (a group of Certificate Authorities and a few popular web browsers) decided to put in place basic operating guidelines for SSL Certificates. The set requirements advocated for an upgrade from SHA-1 to SHA-2.

The involved stakeholders found serious security weaknesses with SHA-1 that rendered most users’ information vulnerable. So, what exactly necessitated the upgrade?

But in the last few years, increasingly powerful cryptographical attacks have continued to cast doubts in the minds of many – for this reason, experts believed that it was time to cut the losses for everyone and move on to a more advanced hashing algorithm, SHA-2.

Unlike SHA-1 which was found to be susceptible to collision attacks, SHA-2 is collision-resistant. Additionally, SHA-2 is a more powerful security algorithm that can match up to the high-tech computers being produced today.

By 2017, Google Chrome started phasing out SHA-1 certificates. But in the real sense, the process began back in 2014 when they made public their SHA-1 depreciation policy as follows:

The depreciation notices went on until January 2019 when all Google Chromes released ceased operating for sites with SHA-1 Certificates.

The tech giant allowed Digital Certificate companies to issues SHA-1 Certificates until the start of 2016 – once the period elapsed, sites were required to install SHA-2 Certificates.
Next, let’s delve into some key aspects of SHA-2 SSL Certificates that are important to take note of. 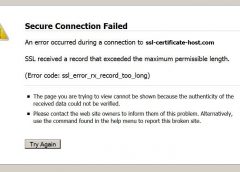 [ad_1] Difference Explained Between an SSL Certificate and a Code Signing Certificate When you decided to protect your data, you[...] 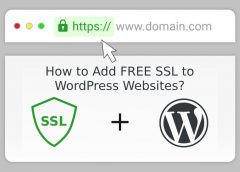