How well are small businesses implement basic security precautions on their websites? I crawled 60,140 websites…here’s what I found.

If you follow the daily chatter in the website security and encryption space, you’re probably used to hearing positive numbers such as: over 90% of web traffic is now secure. That’s true, and it’s a great statistic, but it’s a number that tends to be skewed by a few very big websites. Most internet traffic is to a handful of large websites—Google alone gets billions of website visits per day…more than most of the websites on the internet combined.

So, What About Smaller Websites?

That’s what I wanted to find out, so I built a web crawler and checked 60,140 websites to find out the answers to two simple security best practices:

Those are the main two questions I wanted to answer, but I also found some other interesting facts along the way.

Half of Small Websites Still Haven’t Switched To HTTPS 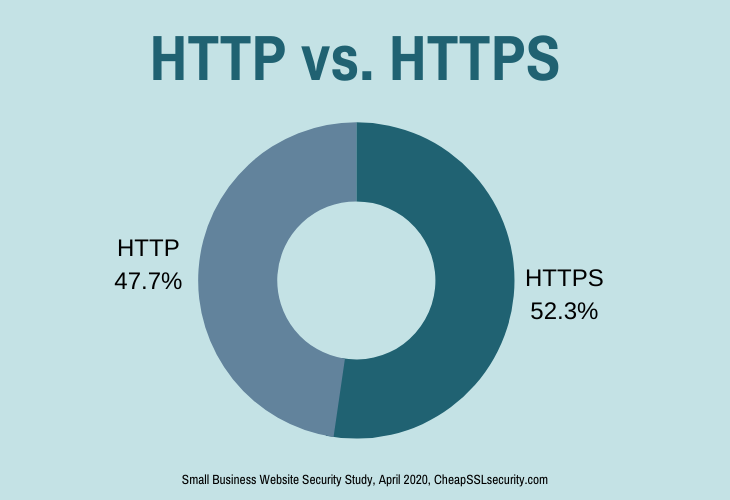 WordPress Is the Leader: 55% Of Websites Run WordPress

I’ve heard people joke that the world wide web runs on WordPress. That’s not too far from the truth, at least for small business websites. WordPress is by far the market leader, although Wix, Joomla, and Drupal also have noticeable market share. 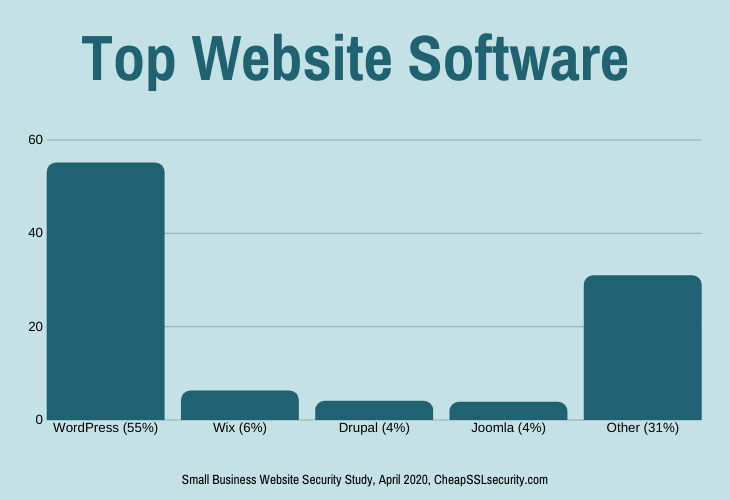 76% Of WordPress Sites Are Running Older Versions of the Software

I ran this web crawl 15 days after the current version of WordPress (5.4) was released, so there was plenty of time for sites to have already updated to the latest version. Still, fewer than 1 in 4 websites were running the current version, and approximately half of them were 2 or more versions behind. 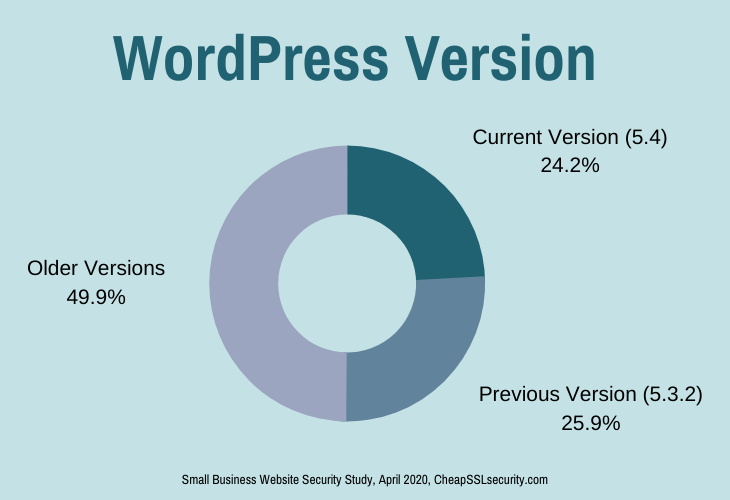 Thanks to WordPress’s update policy, not all of the older versions have security vulnerabilities, but some of them definitely do.

Many Sites Are Running WordPress Versions with Multiple Known Vulnerabilities 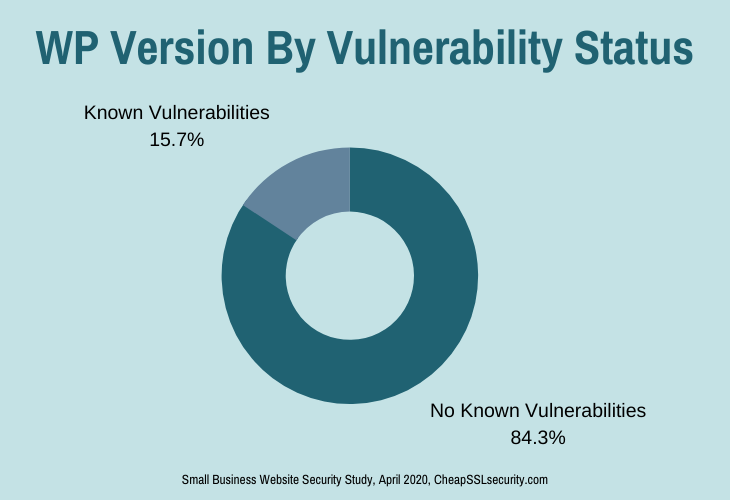 Here’s a screenshot showing known vulnerabilities for the WordPress version used by a couple hundred sites found in this study: 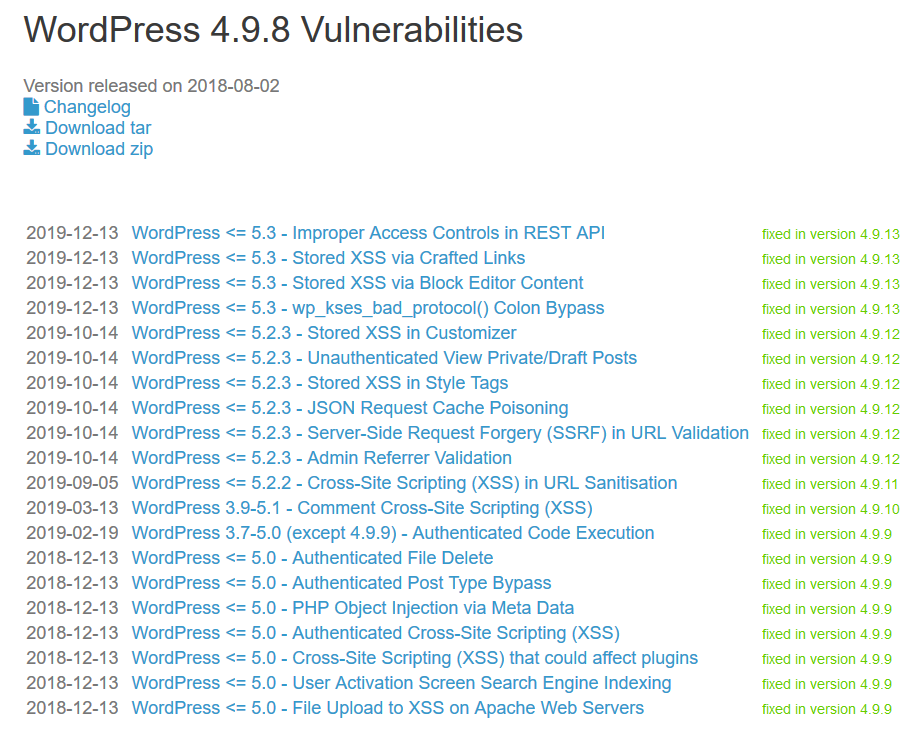 If a hacker used one of these to compromise the site, they could send spam emails, do shady SEO, mine cryptocurrency, distribute malware, or any number of nefarious things.

Some Sites Are Running WordPress Software That’s 14 Years Out of Date!

I knew a lot of sites were lagging behind when it comes to CMS updates, but I was actually a bit surprised to see how far out of date some websites actually are. Here’s a highlight of the worst offenders:

In total, 11.3% of the WordPress sites were running versions of the software that were more than a year old.

The worst offender was a site running WordPress 1.5, which was released February 17, 2005:

This data leads me to the unfortunate conclusion that half or more small websites aren’t implementing even the most basic security precautions—timely updates and Always On SSL.

However, there are signs of hope, too—although many sites are using older versions of the software, most of them don’t have known vulnerabilities. This appears to be due to WordPress’s update policy-releasing security fixes for old versions and enabling auto-updates for minor releases.

More About How I Collected the Data

With studies like this, the devil’s often in the details. The methodology used can influence the outcome in a variety of ways. If you’re curious about how I did it (and how that might impact the results), here are the basics of how I collected and analyzed data for this study:

How To Improve Your WordPress Site’s Page Load Speed

Sam Patel is a technical writer at CheapSSLsecurity.com. He specializes in explaining WordPress, website security, and digital marketing topics in easy-to-understand language for business owners and marketers.

How to set up Let’s Encrypt on WAMP Server

What is SHA2 and What Are SHA 2 SSL Certificates?